GHRP-2 (also known as KP 102 or Pralmorelin) is a synthetic hexapeptide Growth Hormone Releasing Peptide (GHRP). It acts on the hypothalamus and the pituitary gland to release growth hormone. GHRP-2 is considered to be a true hGH secretagogue. It is important to know that GHRP-2 does not relate to any Growth Hormone Releasing Hormones (GHRH) peptides such as Sermorelin and CJC-1295 because it acts on different receptors. 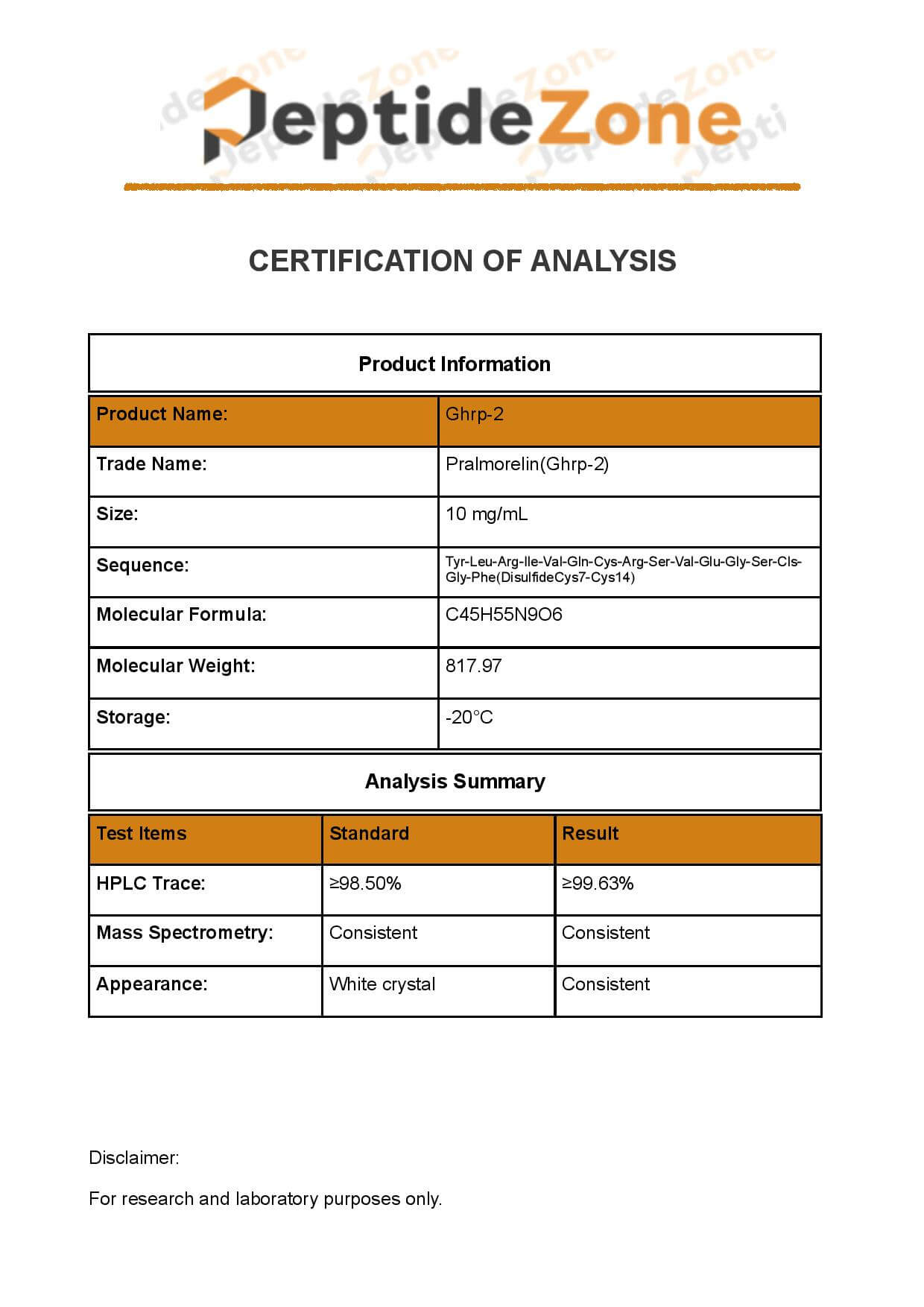